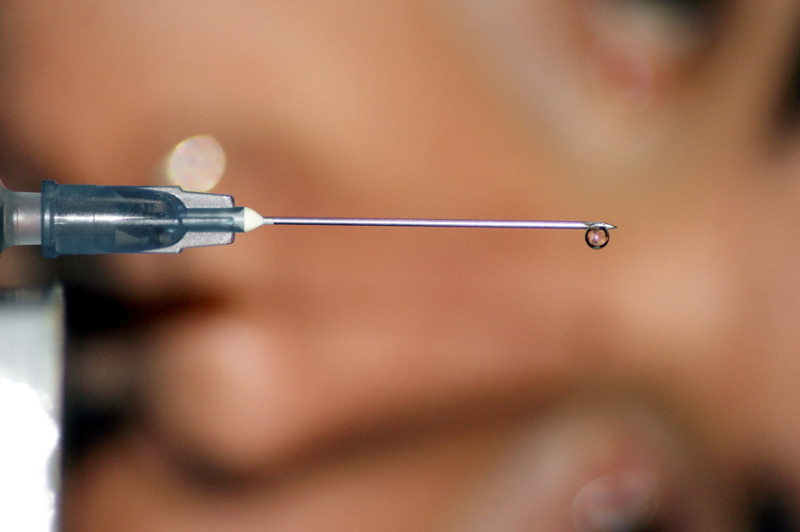 Results from the first phase 1 trial of an Ebola vaccine based on the current (2014) strain of the virus are today published in The Lancet. Until now, all tested Ebola virus vaccines have been based on the virus strain from the Zaire outbreak in 1976. The results suggest that the new vaccine is safe, and provokes an immune response in recipients, although further long-term testing will be needed to establish whether it can protect against the Ebola virus.

A team of researchers, led by Professor Fengcai Zhu, from the Jiangsu provincial center for disease prevention and control in China, tested the safety and immunogenicity of a novel Ebola vaccine, based on the 2014 Zaire Guinea Ebola strain, and delivered by a virus-like structure (known as a recombinant adenovirus type-5 vaccine). The experimental vaccine was developed by Beijing Institute of Biotechnology in Beijing, China, and Tianjin CanSino Biotechnology in Tianjin, China.

The study does not show whether the level of immune response observed might ultimately be able to offer protection against Ebola virus, and previous trials of this type of vaccine have suggested that pre-existing immunity to the virus vector used to deliver the vaccine may affect its ability to protect against the virus. However, the high dose of vaccine used in the study appeared to partly circumvent pre-existing immunity to the vector, because participants in the high-dose group had a 100% response rate, with no resultant increase in adverse events.

Nonetheless, it will only be possible to assess the vaccine's protective ability with further trials in Africa, say the authors. Moreover, previous research has indicated that this type of vaccine may increase the risk of HIV acquisition, so future trials will need to take this into account.

According to Professor Zhu, "On the basis of our findings, we believe that the Ebola vaccine we assessed has some potential, and a significant advantage of this type of vaccine is that stable and much easier to store or transport in tropical areas with inadequate cold-chain capacity, such as Africa. However, whether this candidate vaccine could become a final vaccine for widespread use against Ebola outbreaks is still uncertain, because of the issues of HIV-1 acquisition rates and the pre-existing immunity, especially in west Africa. More evidence from clinical trials is needed about these concerns. Furthermore, these results only assess immune response up to 28 days, so we plan to assess the persistence of the specific immune response by following up the vaccine recipients of this study."

No serious adverse events were recorded during the 28 days of follow-up, although participants in the high dose group were more likely to report pain and redness at the injection site, with a smaller number reporting mild fever and vomiting. The incidence of adverse reactions was in line with findings from previous studies of other viral-vectored Ebola vaccines.

Writing in a linked Comment, Andrea Marzi from the National Institute of Allergy and Infectious Diseases, National Institutes of Health, Hamilton, USA, and Darryl Falzarano from the University of Saskatchewan, Saskatoon, Canada, say, "This adenovirus type-5 Ebola vaccine vector is an example of how quickly existing vaccine platforms can be modified to incorporate a new virus strain, and moved, with minimum testing in animals, into trials in humans during a crisis situation. However…ultimately, the effectiveness of all these vaccines will only become clear when they proceed to phase 2 efficacy trials in outbreak regions."